We've had a tough week. Ollie has missed a couple of days of school due to exhaustion and the biggest, most violent flashback yet. He's fragile: the tiniest thing sends his anxiety into the red. We've talked and hugged, provided him with both distractions and opportunities for sneaky naps. Today he has returned to school. We're starting a new week, again, hoping that things will be ok.
Ollie has told us about how he spends every waking moment trying to calculate impossible sums. He has decided that there is a calorific hierarchy to types of bread; every lunchtime, he wants to have the least possible, at least compared to his brother. He tries to offset each compulsory snack with as much exercise as he can possibly get away with. He finds any excuse to stand rather than sit, to walk back and forth, to run up the stairs. It is taking its toll. It's no wonder that Ollie is tired.
Anorexia is horrifying. It seeps into everything, taints Ollie's every thought, and fills the whole family with dread. Ollie likens it to wearing sunglasses: he's looking at everything through anorexia-tinted lenses, and he can't take them off. Recovery will, hopefully, fade that tint over time, but some shadows might remain.
The specific ways in which anorexia affects the brain are truly puzzling. We have recently met the parents of another young patient who is showing an incredibly similar progression to Ollie's. How can this illness whisper the exact same messages to children who have never met, or even heard of anorexia? How can a voice spontaneously appear in their heads, telling them that they can't clean their teeth because they're not worthy of it? What biological pathway in the brain causes those exact same words to be whispered?
When someone is infected with a viral or a bacterial illness, we can understand at least some of the mechanism of the disease. It has a certain logic: an invading microbe is spread through the body, it multiplies and causes explicable symptoms. The body might fight back with a fever in an attempt to kill the invaders, and we can then understand the reason why the patient is feeling shivery. Irritation of the lungs might cause a cough, inflammation of a joint might cause a limp, infection of the skin might cause a sore. We can grasp those outcomes. They make sense. Anorexia doesn't. It makes no sense at all.
As a family we have seen the full force of anorexia, as it took down our young son. If seeing is believing, we must now be true disciples. We began the year knowing next to nothing about this illness, our misinformation mainly the result of popular media's representation of anorexia as a lifestyle choice for teenage girls. Now, nine months later, we have learned a great deal about the deadliest mental illness of all. Yet we feel like we still have barely any understanding of the nuts and bolts of anorexia. How does it work? It's incredibly frustrating to be so in the dark about how the brain can be affected by anorexia.
This is perhaps the most challenging thing about mental illness. Because the cause isn't something that you can see, it's tempting to wonder if it exists at all. Whilst brain imaging might offer some subtle clues about what is happening, there's nothing solid for us to grasp. Whereas a bacterial infection can be cured with antibiotics, there simply isn't anything that can really hit anorexia. Antidepressants and antipsychotics can help to some extent, but they aren't a cure. The assailant is an unseen mystery.  If we don't know how it works, how can we try to stop it?
The other counter-intuitive thing about mental illness is the concept of recovery as a choice. This is something we have encountered so many times: you have to decide that you want to get better. That implies that there is a choice, which in turn implies that the whole illness has an element of option about it. But no-one would choose this terrifying illness. No-one could want it. Yet everyone is encouraged to choose recovery. It all hurts our logical brains.
Perhaps we don't need to understand the complex mechanisms behind anorexia. Maybe we are busying ourselves with biochemistry and psychology to distract us from the reality of the situation. Ollie is still very ill, and has a very long way to go before he can be considered healthy. We have comprehensive support from a specialist team. We have to take it on trust that this team has seen many young people recover, and that full health it is a possible, and even likely, outcome for our son. Knowing the chemical reactions involved in this isn't important. Moving forwards, step by tiny step, is. 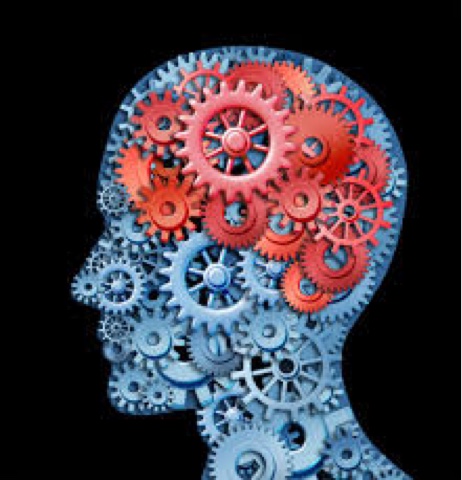