Everything we've done over the past six months has been examined, discussed, commented upon. We have had several gruelling assessments that have delved into my mental health history as much as Ollie's. Our family life has been picked apart in minute detail; what we say, do, eat, drink. How we parent, when we sleep, how often Ollie showers; everything has been laid bare.
As parents, we have always acted instinctively. It has, on the whole, been a fairly successful approach. We learned by doing, by observing our boys, and we winged it. Now, we have a team of health professionals watching, listening and commenting on us constantly.
Whilst Ollie has been on Wisteria we have only had respite from this scrutiny when we've been at home. This week, for the first time, we felt that even that was no longer private. We recently adopted a second dog, who is a young and energetic soul. We have a huge garden and we have allowed him to romp around and play outside. He barks at birds, but not incessantly, and never barks early mornings or late evenings. We thought that this was acceptable, but a week ago, our neighbour came to complain about the noise. He then told us that he felt that our approach to training the dog was wrong; he revealed that he had been listening to our interactions with the dog. Although he has no experience of dogs, he felt qualified to judge and advise.
This was hard to take. Our home, garden, and dog were now under surveillance too. We agreed a time schedule for restricted free roaming garden time for the dog. We now feel that every time we take him for a toilet break in the garden - on the lead - we are being watched.
Then came Ollie's weekend leave. This was a four night block, the longest spell home since Easter. Ollie was excited, and we were happy to be back to normal.
Only it isn't normal. Ollie lives by his strict schedule of six mealtimes and three medication times per day. Each meal is prescribed on a meal plan, the items and amounts carefully measured. Meals have strict time limits and post-meal rest periods. This means we never have more than 90 minutes of uninterrupted family time. Any deviation from the exact timings caused Ollie huge anxiety.
We spent a small fortune on laying in all of Ollie's requirements, and we all ate according to his plan. Our older son grumbled at quiche and mashed potato, and moaned about vegetables in his pasta. But we wanted to show a united front and all ate each meal together. Although anorexia has loosened his grip on Ollie, he still controlled our life.
On Saturday morning, Ollie woke looking grey. He had a temperature and an upset stomach. By lunchtime, he was vomiting. Under normal circumstances we would have put him to bed and given him fluids; under anorexia rule we panicked about the lost meals. We were not in charge of parenting our own son.  His medical team and his illness are still the rulers.
After a day, Ollie was physically fine. But I had missed an important running event and our weekend had turned into watchful waiting, with anorexia looming over us. Ollie is in recovery but not yet recovered. He talks about food constantly. He times his limited exercise allowance to the second. He avoids looking at food packaging in case he sees the calorie content, yet he is constantly aware of calories going in. It is still there.
A few times over the weekend we needed to tell Ollie off for something. Mucking about or forgetting his manners, but nothing huge, just something that we would always comment on. This time, we were nervous about parenting him, in case we said something "wrong", something that was a trigger.
On Sunday, I tickled Ollie. He turned and sharply told me not to touch his ribs. I withdrew my hand as if it had been burnt, and instantly apologised. My mind raced and I was thrown into anxiety about Ollie's mental state. He then giggled and said he was joking. It wasn't funny. I was scared of touching my son. I hate that.
Ollie looks better, but he isn't the old Ollie. And we don't feel like we have parental control over him. That currently belongs to the ward and to the illness.
The last week, then, has been a trial by scrutiny. We are stressed and tired. We want to live like a normal family, with some privacy. We want to eat when we're hungry. We want to eat what we like. We want to be able to parent our children without anyone judging. We want to be left alone. 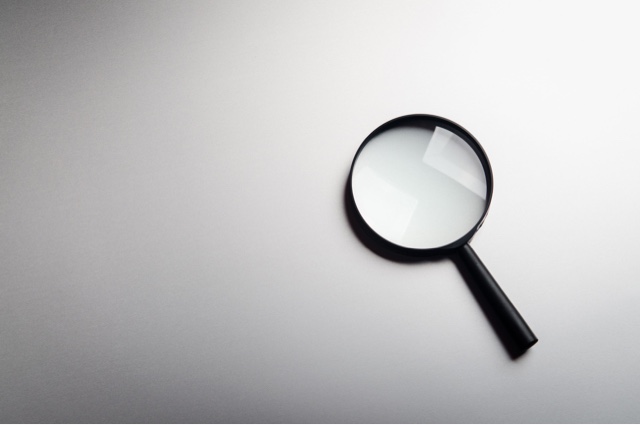