12 years ago today, Ollie was born. The pregnancy had been stressful, with lots of scares and scans along the way. Ollie was breech so the decision had been made to plan a C-section to keep us both safe. When he was delivered, the midwife checked him over and looked concerned. I was on the operating table and couldn't see or hear very well, but I caught the word "paediatrician" from her conversation with my husband.
We had made a CD to play during delivery, and at that moment the song was "Don't worry" (by Appleton). I was trying to tell myself that Ollie was finally here, that he was going to be ok, the doctors would help us, that it was going to be fine. He was going to be safe. Don't worry. It'll be ok.
In the end Ollie WAS fine. He had a strange rash - the cause of the midwife's concern - but was otherwise perfectly healthy. The rash disappeared within days and we were on our way.
Ollie is our second son, and completely unlike our first. Whilst Adam is cautious, Ollie has always been a thrill seeker and as a result, he has bounced in and out of A&E throughout his life. A few terrifying bouts of croup have added to our hospital trips. Broken bones, minor injuries, a blood clotting issue leading to dramatic nosebleeds - that's just Ollie. He has always presented us with a challenge.
Today, after dropping the birthday boy off at school, all traffic ground to a halt for an ambulance. A sob rose in my throat as my thoughts immediately took me back to Ollie being transferred from our local hospital to the psychiatric hospital, lights flashing, weaving through the London traffic. My brain was flooded with images of my boy screaming, being held down, with a tube in his nose and a needle in his arm. I had to talk to myself to get myself going again, that familiar refrain of don't worry, it'll be ok, it'll be ok.
Things are not ok.
Yesterday we went to GOSH for our outpatient day, and had a session of family therapy, followed by children's group and parents' group. It left us all exhausted. Ollie has been having troubling anorexic thoughts, and we discussed these in detail. It is all, apparently, completely normal. It is, however, a stark reminder that Ollie is not recovered, but in recovery. We still have a very long way to go. Anorexia is still very much front and centre in Ollie's mind.
Ollie is also suffering from very traumatic flashbacks, which are terrifying to witness and leave him utterly wiped out. The triggers are varied but the flashbacks are always of being forcibly tube fed. Last night, one hit, and we all sat on the floor of the tiny downstairs toilet where Ollie was curled up and howling. It was a big one. We have been told that GOSH have an excellent trauma team and Ollie will be assessed by then for the possibility of PTSD. In parents' group, we talked about the effect of the trauma on the families. My husband and I are both struggling and we think it may be something that is affecting us all.
We met parents of other patients at GOSH, and their anguish was palpable. One patient is only eight years old. His father was very emotional, and although I tried to reassure him that recovery is possible, I could see how desperate he felt. I know that desperation, of watching your son be possessed by a monster, seeing them starve themselves, dodging the blows and barricading the doors. Losing your child. Grieving for their lost childhood. Feeling angry and powerless in the face of the relentlessness of anorexia. I tried to tell him that I understood completely and that I could offer some hope. But I knew that nothing anyone says can actually help at that point.
Ollie has come a very long way. We were reminded yesterday that he will need to continue to fight this for a very long time, most likely for years to come. I know from my research that he may never fully recover. Ollie looks fine, but as my husband says, he's like a swan: there's a lot going on underneath. There's a lot going on for all of us. 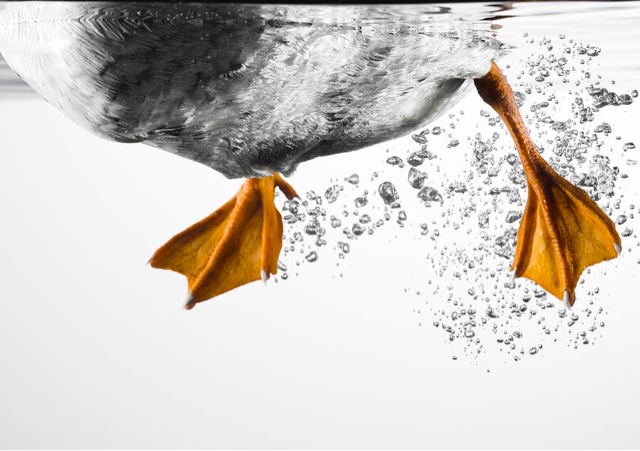