Penguins used to be my husband's favourite animals. One of his earliest memories is of his cuddly toy Peng-peng, and we all thought of penguins as cute and benign. Recently, however, the very word "penguin" has become loaded with terror.

I have previously tried to explain how traumatic meal-times are for Ollie. The only thing that gets him to eat at all is the simple fact that not eating equals a visit to Penguin. That's the name of the paediatric assessment unit at our local hospital; the site of Ollie's NG tube feeds. He hates Penguin more than anything else at the moment, and right now he holds an immense volume of hatred.

If eating dinner is bad, then going to Penguin is infinitely worse. I liken the two options to natural childbirth versus C-section. I've experienced both; a long and excruciating labour with my first baby, and an elective section for my second (breech) baby. Neither was great. The natural route was agony, followed by terror, followed by a sense of achievement and then a fairly straightforward recovery. The "sunroof route" was quick, painlessly clinical and detached, followed by an unimaginable amount of physical pain, guilt, and a protracted recovery period. I think this is not a million miles away from how Ollie feels about the two ways that calories end up in him.

I always feel so sorry for the mothers who go through a long labour, only to end up with a section at the end of it. It feels like the worst of all worlds, however much things are done for the good of the baby. So when Ollie's screaming and fighting through his dinner, I dread the thought of it ending up in an NG feed - I think it's the reason that we sometimes let him struggle for far too long, instead of just drawing a line under the meal & getting an NG top-up. We don't want him to feel like he's done all that work and still ended up with no control.

Tonight's dinner was the worst yet. We are supposed to stick to an absolute time limit of 45 minutes. He screamed himself hoarse, convulsed and kicked, flailed and hit. And we allowed him to carry on, reminding him that Penguin was the only other option. The terror of Penguin kept him eating even when the anorexic voice in his head was getting out of control. He did it; the calories went in, controlled by Ollie, not by a nurse.

What would we have done without Penguin? We have been fortunate in getting such robust support from our local hospital, I can't imagine coping without it. I am convinced that Ollie's weight would not have remained steady without the threat/backup of that local unit. Is it helpful to his long-term recovery? I don't know. Is the fact that he's eating *at all* more important than his motivation? 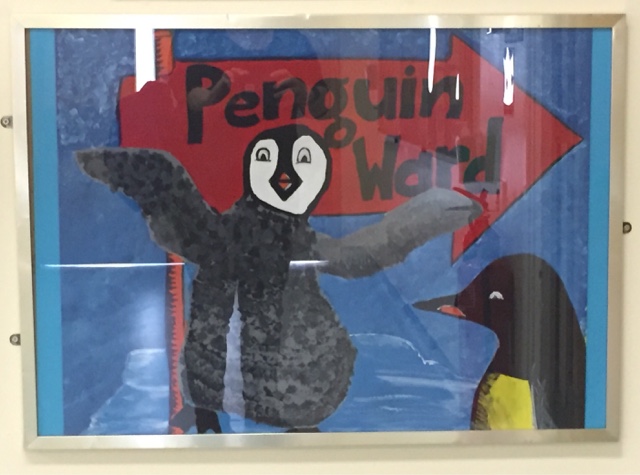