Ollie has continued to make excellent progress. He has eaten every single one of his meals, he has attended school and all the many groups, and endured many therapy sessions. Ollie has been able to support other young people and has benefited hugely from the friendships he has formed. His meds have been tweaked and he's sleeping better. Our son is making his way back to us.

It's amazing. We are thankful, and although we remain apprehensive, we're starting to believe that this is Ollie starting to truly recover.

The biggest thing isn't the eating; it's the talking. We'd missed chatting so much. Ollie was completely silent for two months, and had been unable to talk to us about his feelings and experiences for weeks before the silence set in. A huge number of things happened whilst conversation was suspended.

Over the last fortnight, Ollie has told us so much.

He has told us how his week in the paediatric ward, prior to his admission to the unit, was horrific. He told us, tears in his eyes, about how much he had hated being restrained by the RMNs, and how he now wants to hug and thank the one amazing nurse who stuck by him.

Ollie has told us about his first day on the unit, after we had left him. He had been terrified and had spent four hours howling in the corner of his room. He had believed that it would be worse than the paediatric ward. It had taken time for him to see that it was better.

About a fortnight after his admission to the unit, an incident occurred in our absence that left us puzzled. All we knew was that Ollie's favourite t-shirt was ripped. He showed it to us but could not tell us what had happened. We made enquiries and pursued it for weeks. We were given an account of a scuffle involving Ollie and some bank staff (the staff have since been dismissed). Now that Ollie is talking, he has told us the real story. My heart broke all over again when he recounted what he had been through; I can't disclose the details yet as we are in the process of making a complaint about staff misconduct.

We knew he was suffering. But we had no idea about the true horrors of his days.

Ollie has described how the voice bullies him, relentlessly picks on him, day and night. The voice orders him to behave in certain ways, and ignoring it is the hardest work of Ollie's life.

Ollie confessed that when he was still at home, he aimed to do a thousand sit-ups every day. We barely took our eyes off him, so this was no mean feat. He did the exercises in blocks when we were eating - about the only time we were in a separate room - and when he was getting dressed. The anorexia voice told him that a thousand sit-ups equalled a thousand calories. The voice told him he had to complete them all, as well as walking for an hour a day, so that he could burn off every single calorie we made him eat.

The biggest revelation was his admission that he had been called "fat boy" at school. Ollie has always been very skinny, so this was a complete surprise to us. We knew that he had endured other bullying but he hadn't told us about this.

Ollie clearly remembers the day when the taunts kicked off the illness that nearly finished him. His mates had been playing piggybacks, and because Ollie hadn't jumped onto anyone's back, he was called fat. Too fat to be carried. Fat boy. Fat boy. The words struck him and stuck with him.

This week my husband and I met with the Headmaster and the Head of Year 6 to tell them about this revelation. We sat and calmly explained that a playground incident nearly killed our son. There were clearly lots of other contributory factors, but being called fat was a huge trigger. We showed the Headmaster a photo of Ollie at his worst, taken two months ago. The shock of seeing this was enormous, and he immediately promised to "sort out" the name-calling in the playground.

Our son is so strong, and he's being so honest about his illness. The more he tells us, the more we understand about anorexia. And our hearts ache more with every conversation. We couldn't protect him from this. We didn't see things that were right in front of our eyes. We didn't recognise what was happening until it was almost too late. 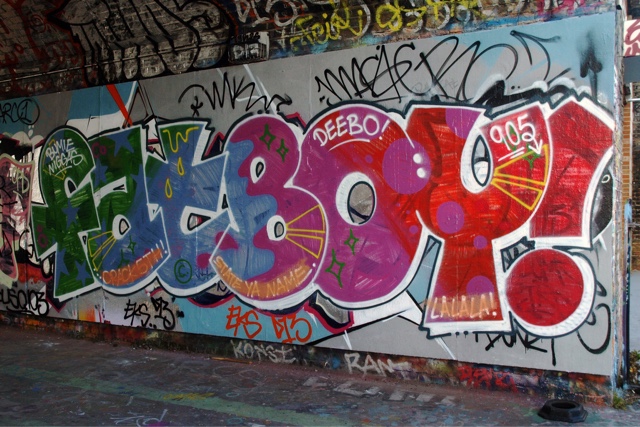