We are nearly there. Ollie is nearly ready to be discharged. Life is nearly normal. Nearly, but not quite.

During the last month, Ollie has spent more time at home than in hospital. While he technically remains an inpatient, he only spends two nights a week on the ward. This has been a huge step towards discharge and  towards recovery. Ollie's progress continues to astound the staff at the unit, and he has become a minor celebrity. He's happy, he looks fit, and he's full of enthusiasm and support for the other patients.

Ollie now looks healthy. He has gained weight steadily, he's grown in height, and overall he now looks more solid than he has ever done in his whole life. He has now actually overshot his assigned healthy weight band - by a kilo or so - and his meal plan is being steadily reduced. Ollie's spending more time outside so the pallor has gone from his cheeks. He's had a haircut, and he's outgrowing some of his clothes. He's making constant strides towards being declared "normal".

Ollie sounds healthy. To the untrained ear, at least. He sings to himself happily; he chats incessantly to us and to his friends; he's full of football banter on the pitch. He has rejoined his football team, and has attended a few training sessions as well as playing part of a friendly match. Looking at him, smiling in his kit, you would never know what had happened this year. You could chat to him and have no clue. It's as if nothing horrifying had hit him at all.

But Ollie isn't recovered. He may have grown in size and strength, but anorexia is still front and centre in his head. The bullying voice has quietened, but its echoes remain. Our day is still punctuated by six mealtimes, and two medication times. Our menu follows a prescribed meal plan. Ollie is still on antidepressants, antipsychotics, drugs to ward off indigestion, vitamins and laxatives.  We watch Ollie's activity levels. Exercise is prescribed like medication, in controlled doses. We can't overdo it. We can't let him overdose.

We constantly observe Ollie with our heightened senses. We spot little hints of anorexic behaviours. We try to remain calm. But inside we're on alert: why did he make an extra trip to the bin? Is he trying to sneak in extra walking? Is he reading the calorie count on that cereal? Has he asked to go and buy a different snack for an anorexic reason? Is it creeping back in?

Ollie's obsession with food comes out in his conversations with us. He's constantly asking us about our favourite foods, or talking about dinner, or trying to cajole his brother into eating more. It doesn't feel like normal chat, although it might sound like it. It makes us squirm with discomfort. We try not to show it, and we try to just ride it out. But it's there.

Sometimes it hits us all in the face. Ollie has had several flashbacks to the horrors of the NG feeds, triggered by TV shows or innocent conversations. He is working with his therapist on ways to cope. Sitting on the bathroom floor with a hysterical child has brought it back to me too. I often find myself with a huge sob trapped on my throat, as I try to not think about the things that have happened. The guilt crashes over me in enormous waves. I go to sleep trying to block out the images of my baby being pinned down. The fear that it might happen again sneaks into my dreams and into my quiet moments. The grief for my son's lost childhood grips me constantly. Anorexia is relentless, even as it's sailing over the horizon.

There is no doubt that anorexia has changed our lives. Ollie might make a "full recovery", but will we ever really get over it? Can we ever be a normal family again? Will we ever stop analysing everything Ollie says and does?

Tomorrow is Ollie's discharge meeting at the unit. We will discuss his progress with his consultant, his psychiatrist, both our therapists, the nurses, the OT, the dietician, and his outpatient team. Ollie is hoping to be discharged tomorrow and he has already bought presents for all the young people on the ward. We have tried to manage his expectations and to remind him that the original plan was to discharge him in two weeks' time. It's up to the team to decide what happens next. 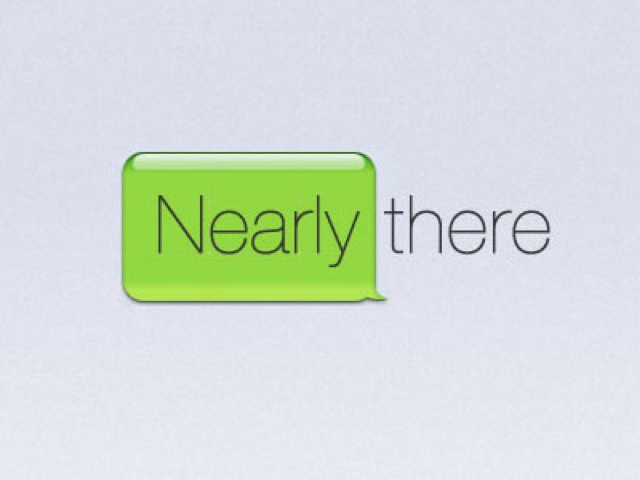